Gloria Vanderbilt and Anderson Cooper: The Rainbow Comes and Goes (2016). A stunning collection of private correspondence between son and mother.

Augusten Burroughs: Lust & Wonder: A Memoir (2016) - new release. I can not imagine better gay novel but this.

Jeffrey Eugenides: Middlesex (2002) - a Pulitzer Prize-winning novel mapping an exciting story of one Greek family that immigrated to the USA in with a transgender offspring. Primarily a coming-of-age story and family saga, the novel chronicles the effect of a mutated gene on three generations of a Greek family, causing momentous changes in the protagonist's life. According to scholars, the novel's main themes are nature versus nurture, rebirth, and the differing experiences of what society constructs as polar opposites—such as those found between men and women. It discusses the pursuit of the Dream and explores gender identity.

John Irving: In One Person (2012) - a New York Times bestselling novel of desire, secrecy, and sexual identity. It brings also a deep insight into AIDS epidemy in the 80 - 90th and its tragic impact on a generation of people growing up in the 80th and 90th, specifically then homosexuals.

Meg Wolitzer: The Interestings (2013) - A dazzling, panoramic novel about what becomes of early talent, and the roles that art, money, and envy can play even in close friendships.

Kate Andersen Brower: First Women: The Grace and Power of America's Modern First Ladies (2016) - Candid and illuminative new insights into this privileged group of remarkable women, including Jacqueline Kennedy, Lady Bird Johnson, Patricia Nixon, Betty Ford, Rosalynn Carter, Nancy Reagan, Barbara Bush, Hillary Clinton, Laura Bush, and Michelle Obama. The stories Brower shares range from the heartwarming to the shocking and tragic, exploring everything from the first ladies' political crusades to their rivalries with Washington figures; from their friendships with other first ladies to their public and private relationships with their husbands. Kate Brower is number-one New York Times best-selling author of the groundbreaking backstairs look at the White House - The Residence. 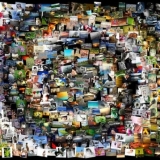 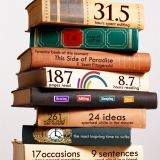